EnviroForce Is Australia's Top Expert In Locating The Source Of Moisture And Condensation, Which May Lead To Mould Growth. We Give Thorough Mould Testing And Diagnosis, As Well As A Detailed Analysis And Inspection Report, To Assist You In Resolving The Mould Problem In Your House. 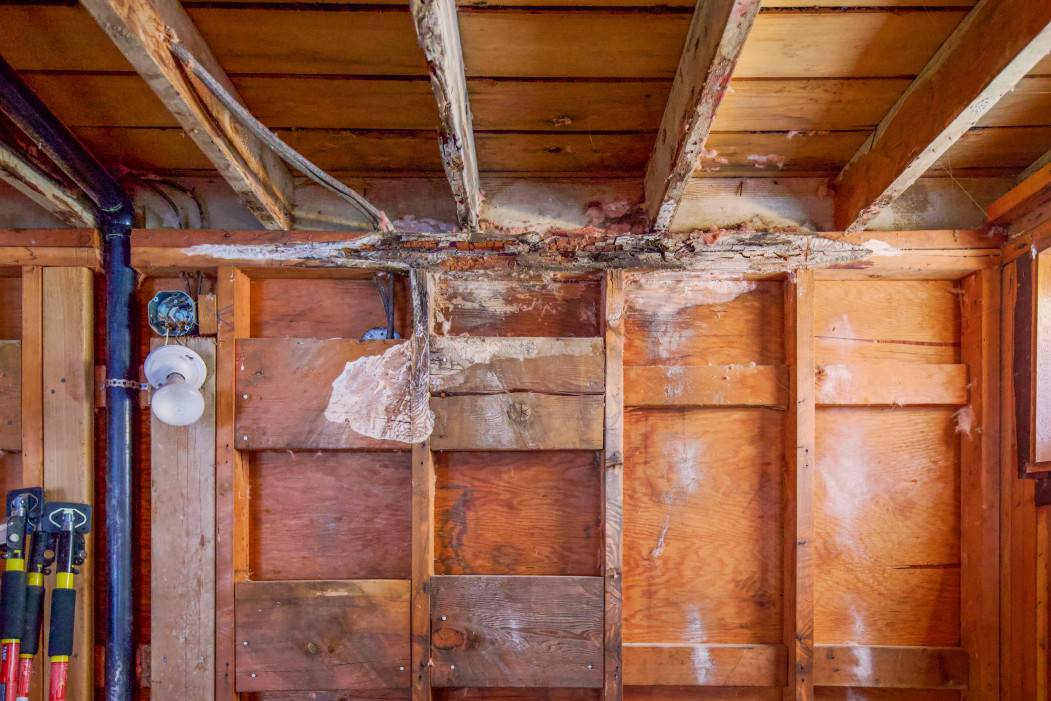 Moulds, like the majority of fungus, decompose plant and animal materials in the environment. They can grow nearly everywhere there is moisture and organic matter, including soil, foods and plants, and people's houses. Mould reproduces by releasing spores, which can travel through the air, water, or on animals.

Mould is becoming more of an issue in Australian houses and buildings, and not only the old ones. According to recent studies, the method of installing house insulation in Australia may be the source of the problem. The Australian media has been reporting on entire houses being destroyed and structures, including government facilities, being shuttered due to mould growth.

The most frequent signs of mould exposure are allergies and discomfort. Infections and sickness are less typical side effects of mould exposure. Serious mould infections are uncommon and mostly affect persons with highly weakened immune systems. Mould exposure in the workplace has been linked to illness. Although symptoms might vary, the following are the most prevalent among persons who have been exposed to mould indoors:

A mould problem may typically be seen or smelled. Mould might look as somewhat fuzzy, discoloured, or slimy spots that develop in size. Most moulds emit musty odours, which are the first sign of a problem. Mould may develop almost everywhere there is enough moisture or a water problem. Look for evidence of mould development, water staining, warping, or follow your nose to the source of the odour. Looking behind and beneath surfaces such as carpets, wallpaper, cupboards, and walls may be essential. Some sections of the home are always prone to mould formation and should be cleaned regularly to control mould growth. These are some examples:

EnviroForce is an environmental testing and consulting group that conducts mould testing and mould inspection services not only in Brisbane, Sydney, Melbourne, Adelaide, Perth and Hobart but through each and every state of Australia.

Why Choose Enviroforce To Test Mould? 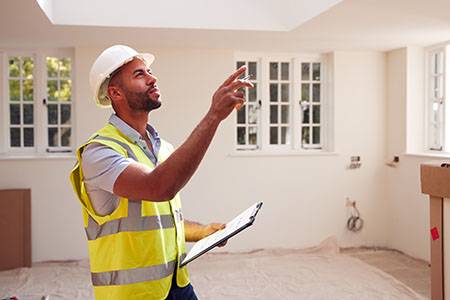 If you’re curious about why you should choose EnviroForce for testing Mould in your property?. The answer is simple as EnviroForce is NAMC verified drug testing company. Our primary focus is sampling properties for methamphetamine, Asbestos, Lead and Mould so we can provide an unbiased assessment of your property. Moulds can be found anywhere, and mould levels vary widely, depending upon location, weather, and time of day. Therefore mould samples are taken correctly according to the industry code of practice & analysis is conducted using a NATA accredited laboratory. Moreover, we are only an independent mould testing company and does not offer any removal or remediation services that enable you to have confidence in the results. If you suspect your property has any mould presence, especially if it is in poor condition, with visible mould stains on the walls, it is advisable to get it tested through a verified mould testing company in Australia. If you’re not sure you can deal with hazardous mould safely by yourself, call us as we are a professionally qualified company of mould testers.

Mould detection is quite tough. Surface mould inspections frequently fail to discover locations with adequate moisture to support mould development. Furthermore, the spores are buried deep within moisture pockets. Moisture bodies concealed deep behind walls, beneath floors, or under concrete can promote the growth and spread of dangerous mould invisible to the human eye.

When doing a mould survey, samples will most likely be obtained from the air and surfaces in a non-destructive manner. Our specialists may collect and evaluate samples on-site, provide preliminary results, and advise on future actions. Following that, a thorough written report will be provided. As part of the survey, the customer may also choose to conduct additional intrusive material testing, in which material samples are evaluated for penetrative mould infestation or fungal growth. Our technician will most likely recommend ways to get rid of the mould.

If you need any kind of help in testing mould call us today and one of our representatives will help you accordingly.

We Do A Wide Variety Of Mould Testing Since Your Health And Safety Are Our Top Priorities. Here Are A Few Examples Of What We Offer:

This precisely collects air sample data for all particles present, allowing us to obtain findings that can determine the rate of mould. To catch particles, our team uses a powerful pump that forces airflow through a collection apparatus. It is the most frequent method of testing mould because it gives the most precise method of analysing the particles gathered.

We can utilise a vacuum pump to count the number of mould particles that have been dispersed throughout your home surroundings during surface testing. We may use this equipment to determine the type of mould. Collecting these particles on tape or in dust will assist us in determining how harmful the type of mould is. This is one of the popular mould testing methods.

Bulk sampling is a technique for identifying the presence of mould from a large property where mould is visible. Mould samples will be removed from the polluted location and stored in a fresh, sterilized container, from which they will be subjected to a variety of mould tests. This mould sample procedure is typically performed when there is visible growth on your property.

Whenever dealing with a swab mould sampling, it is crucial that our staff gently roll the swab back and forth to guarantee proper findings. This implies that we can gather the appropriate number of mould germs for reliable findings. The swab samples were then sent to a lab for an independent analysis. This type of test can be performed by using Home DIY mould testing kits.

When you discover mould in your residential or commercial property, it is critical to contact EnviroForce for a variety of mould sampling services. Mould exposure can have a negative impact on certain people’s health. Mould spores are constantly present in the air we breathe, but excessive mould contamination can be harmful to our health. Mould inhalation can induce allergy and respiratory problems. Our staff can detect the type of Mould you are experiencing by using high-tech equipment.

Mould development is a frequent concern; a leak or water incursion can quickly lead to a mould problem. Mould may cause a variety of respiratory illnesses as well as severe property damage. Some people may be unaware of any water damage but assume mould development owing to the musty odour that mould emits. If you have recently had water damage or suspect mould, you should have mould testing and inspection done by a competent testing organisation like EnviroForce as a first step to evaluate if remediation and removal are required.

Our mould testing solutions are designed for property owners, landlords, tenants, Property managers, Leasing companies and individuals willing to test their property for any mould presence.

How Much Does Mould Testing Cost In Australia?

Mould testing price can vary depending on the locations and amount of tests required for any place. Usually, mould tests are charged as per test bases. Different tests cost different prices. Our pricing includes any laboratory fees that may occur during the mould inspection process. The simple formula to identify mould testing costs is to calculate the pricing of mould testing kits and lab surveys. The average price most homeowners pay for a comprehensive mould inspection in Australia is between $750 and $2000. However, prices might vary significantly depending on the size and location of the property.

What are the common signs of mould?
Mould grows in wet, dark, and humid environments such as the kitchen, laundry, and bathroom. Mould can also infiltrate a home via open doors, windows, or badly maintained ventilation systems. Some forms of mould are easily noticeable, while others are not always so. Moulds might be white and thread-like, or they can appear in clusters of black, dark green, grey, or brown rings or patches. Although not all moulds emit odours, those that do frequently emit a foul and pungent smell.
Can I get a DIY Mould Testing kit to test mould contamination myself?
Mould testing DIY kits are easily available across Australia. But those kits don’t always offer absolute results. Some kits that are available in the market usually require you to take the samples and then send them to a lab for analysis, But most of the time a sample that is taken by you is not efficient enough to produce a genuine report and sending the samples to the lab via post might also change the circumstances for the lab to identify real mould issue. So we recommend you to ask a proficient mould testing technician for help.

A Meth Test or Meth Residue Test is Useful For

Our independent mould inspection reports for rental properties are entirely based on real-world results. As a NAMC-certified testing company, we will not try to sell you any removal or remediation options, ensuring that you obtain an unbiased assessment and service. If the report identifies repairs or maintenance, you can outsource them to a private entity. When you receive your inspection report, you will be given all of the readings obtained at the property as well as photos of the impacted area. We make every effort to give out mould inspection reports through e-mail within 24 hours of the inspection being performed at the site.